I did something I've been meaning to do for weeks today. I got Casting the Runes (1979) for Christmas. It's an ITV adaptation of the M.R. James story of the same name, directed by Lawrence Gordon Clark, but unlike most of its BBC equivalents it is brought up to date and set in the present day. Dunning is a broadcast journalist, rather than a researcher, who incurs Karswell's wrath by portraying him as a crank in a documentary on occultism, and she is also female. As I understand it, this was done largely to save money on period costumes, sets and locations, and indeed the same principle is clear even in the selection of present-day settings. It was filmed out of ITV Yorkshire's studios, which are literally used as Dunning's work-place, and because they are in Leeds, that is also where she and the other characters live and work.

Before lockdown, I watched it with

lady_lugosi1313, who turned out to be a wonder at accurately recognising the locations I hadn't been able to pin down myself. There are some scenes set in and around a farm near a canal which we didn't recognise immediately, but I managed to locate those soon afterwards too, with a little help from someone on Twitter who pointed me to a collection of pictures of canals in this part of the world. So we'd reached the point where the only locations we hadn't managed to identify were the airport interiors used at the end - and I'm sure there will be plane geeks out there somewhere who can help us with those. Unfortunately, a planned day out to the farm and canal locations never materialised, because coronavirus hit just as we were starting to make concrete plans to do it. But I've been waiting for a good opportunity to use some of the locations within Leeds as goals for walks, thus cleverly combining exercise with an actual trip out to somewhere I genuinely wanted to go. Today, I finally did the first of those - to the ITV Yorkshire studios themselves.

It's actually completely the wrong time of year to attempt like-for-like photos on this production, because it is set in snowy winter weather. The best I could do is wait for an overcast day, but even then the sun began to come out soon after I arrived at the right location and obviously all the trees were in full leaf. I also quickly realised that I couldn't match the original camera angles precisely. My camera just has a different field of vision from the film cameras (I think?) that were used for these exterior shots, while in some cases they were clearly also raised up on tripods / rigs which I didn't have. But still, the purpose was leisure and exercise, not a precise reproduction. I took along four screencaps, and this is how I got on.

First shot: Prudence Dunning approaches the television studios, with Kirkstall Road behind her. To be honest, that shot doesn't really show quite enough of the buildings on the opposite side of the road for me to have been able to match them up precisely. I also think the road may have been widened since Casting the Runes was filmed. Certainly, it's now a large dual carriageway along that stretch and no-one can park there. But anyway, this is the part of the road directly opposite the TV studios: Second shot: wide view of the entrance to the TV studios. I think I matched this up as well as I could have done, given my camera's field of view and some alterations to the facade over the years. 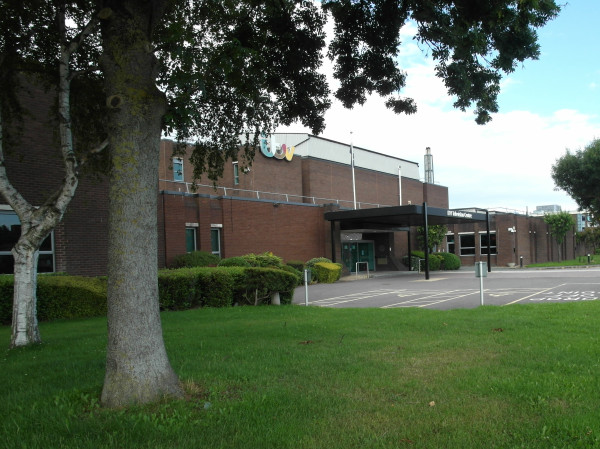 Third shot: closer view of the entrance to the TV studios. I wish I'd worked a bit harder now on getting the tree in the right location, but it's not bad. The building visible in the background on the right is still there and very recognisable, but just obscured by tree foliage at the moment. 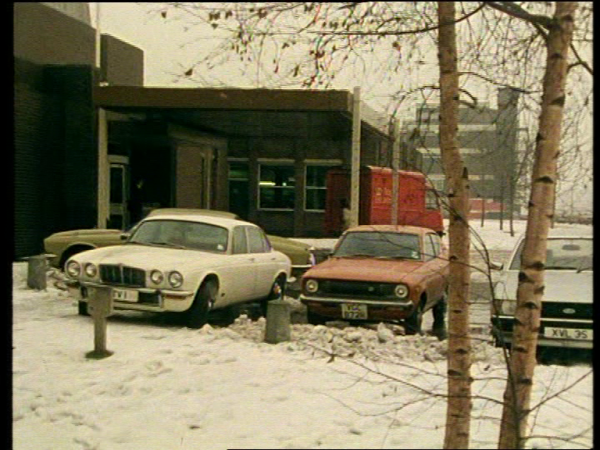 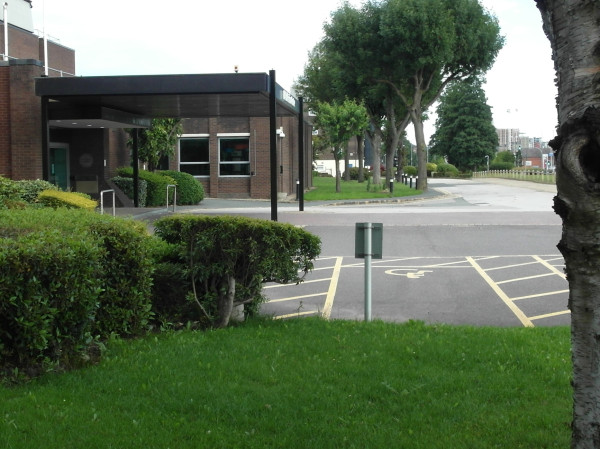 And here is a shot of the entrance from the angle you would more naturally take in the present day, to show what it's actually like (and including that building in the background): Finally, the houses Prudence sees out of the window of the office where she works. 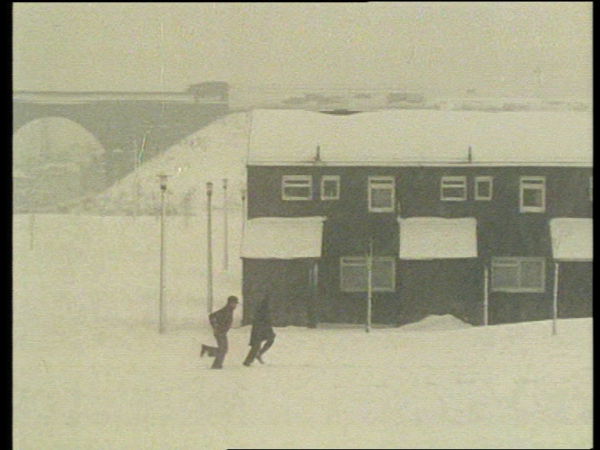 There's no trickery in these shots. The houses are exactly where they appear to be in relation to the TV studios in the production. My guess is that the shots were taken from one of the upper windows in the building in the middle of this picture, which is the main block of the TV studio building: But no-one could take those shots now, because a new block (photo right) and a radio station building (not pictured) have been built in between - and I certainly couldn't as an ordinary bod with no right of access to the building. So I couldn't get the exact same angle on the houses, with the viaduct embankment visible just over their roofs. I also found that if I stood close enough to them to get any viaduct arches in shot at all, their facades were quite distorted by fore-shortening compared to the shots from the production, while if I stood further away and used my zoom, I lost the viaduct arches. But between these two shots, I got something approximating the original screencap: By the time I'd finished, the sun had come fully out, but that made for the perfect conditions to sit at the bottom of a grassy bank near the houses, drinking a bottle of water I'd brought. After a while, some children who clearly lived in the houses came along to roll down the bank, laughing and smiling at me each time they got to the bottom. Given that I spend most of my time now sitting in my house with only myself for company, that sort of thing counts for quite a lot these days. I had also clocked up 8000 steps on my phone by the time I got home, as well as clearly stretching some muscles which haven't had much use recently and making bits of my feet slightly sore because I'm not really used to wearing shoes.

Two other locations from Casting the Runes are within walking distance of my house, maybe three if I push it a bit. So now I've done this one as a proof of concept, I might follow up with some of the others over the next few weeks. Frustratingly, under normal circumstances I would have free access to one of the most distinctive interiors as well - the Brotherton Library, which plays the same role in this adaptation as the British Library's old Round Reading Room in the original story. But that one will have to wait until after lockdown.