8. Incense for the Damned, aka Bloodsuckers (1970), dir. Robert Hartford-Davis

This one I learnt of at the Polidori conference I went to in April (the one I never wrote up but did upload some pictures from). It was mentioned in a paper about Byronic vampire narratives of the 1960s, and although the speaker said quite explicitly that it wasn't a very good film, they also said that it featured a character going off to Greece and becoming involved in occultism, Peter Cushing, a scathing speech about reactionary Oxbridge academia, and a random psychedelic orgy scene which had clearly been tagged onto the rest of the movie in a desperate attempt to attract audiences. Though I like a good horror film as much as anyone, I also have a lot of time for brilliantly inept horror films, especially ones made in the 1960s and '70s, so this sounded fantastic to me. Luckily,

lady_lugosi1313 agreed and had a copy, so we watched it.

It was indeed gloriously terrible. Not even the combined forces of Peter Cushing, Patrick Macnee and Edward Woodward could save it. The plot was confusing, most of the acting was dreadful, there were all sorts of continuity errors (like a lady going out of her apartment without any jacket on, but miraculously having acquired one as she stepped out into the street), and the dialogue was clearly written by someone who knew the sexual revolution had occurred but hadn't had any direct personal involvement and furthermore absolutely insisted on 'no homo'.

lady_lugosi1313 actually wrote down some of the choicest examples of this at the time, which included:Somewhat oddly, it also made pretty good use of location footage in Oxford and (I was surprised to realise half-way though) both Kyrenia and Salamis in Cyprus, which I visited with

rosamicula two years ago. A nice collection of shots of both from the film is visible here, but I'm afraid I did the same with the Cyprus trip as the Polidori conference - uploaded pictures here, but never wrote a post to put them into. I guess I may as well at least drop a couple of the ones which match up best with the film in here: 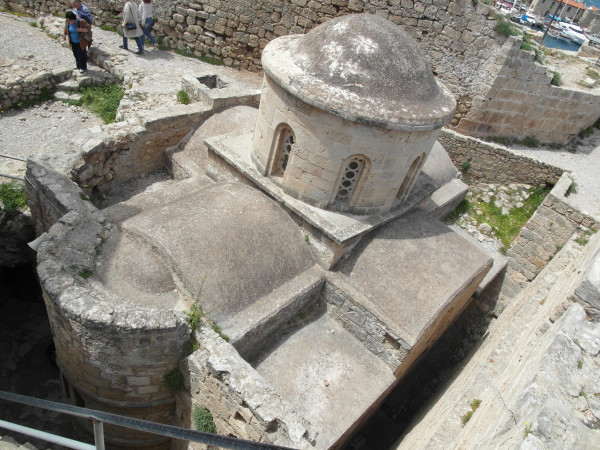 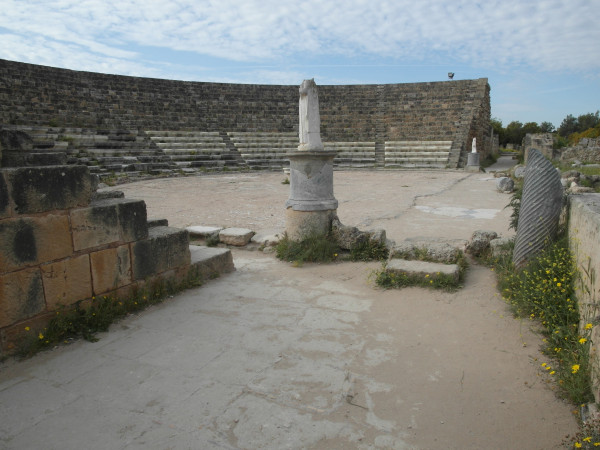